“Wouldn’t it be nice to add a chart right here”. 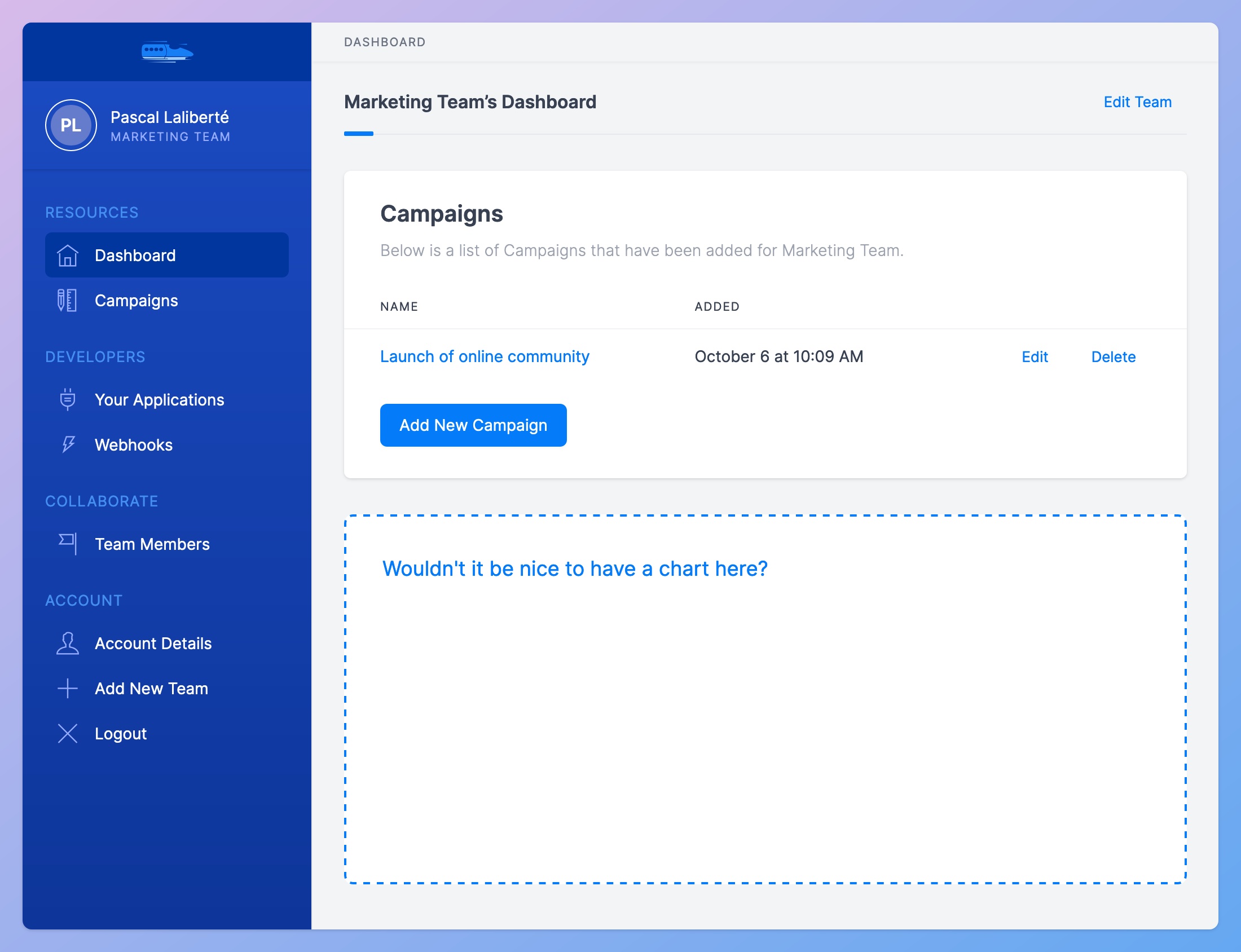 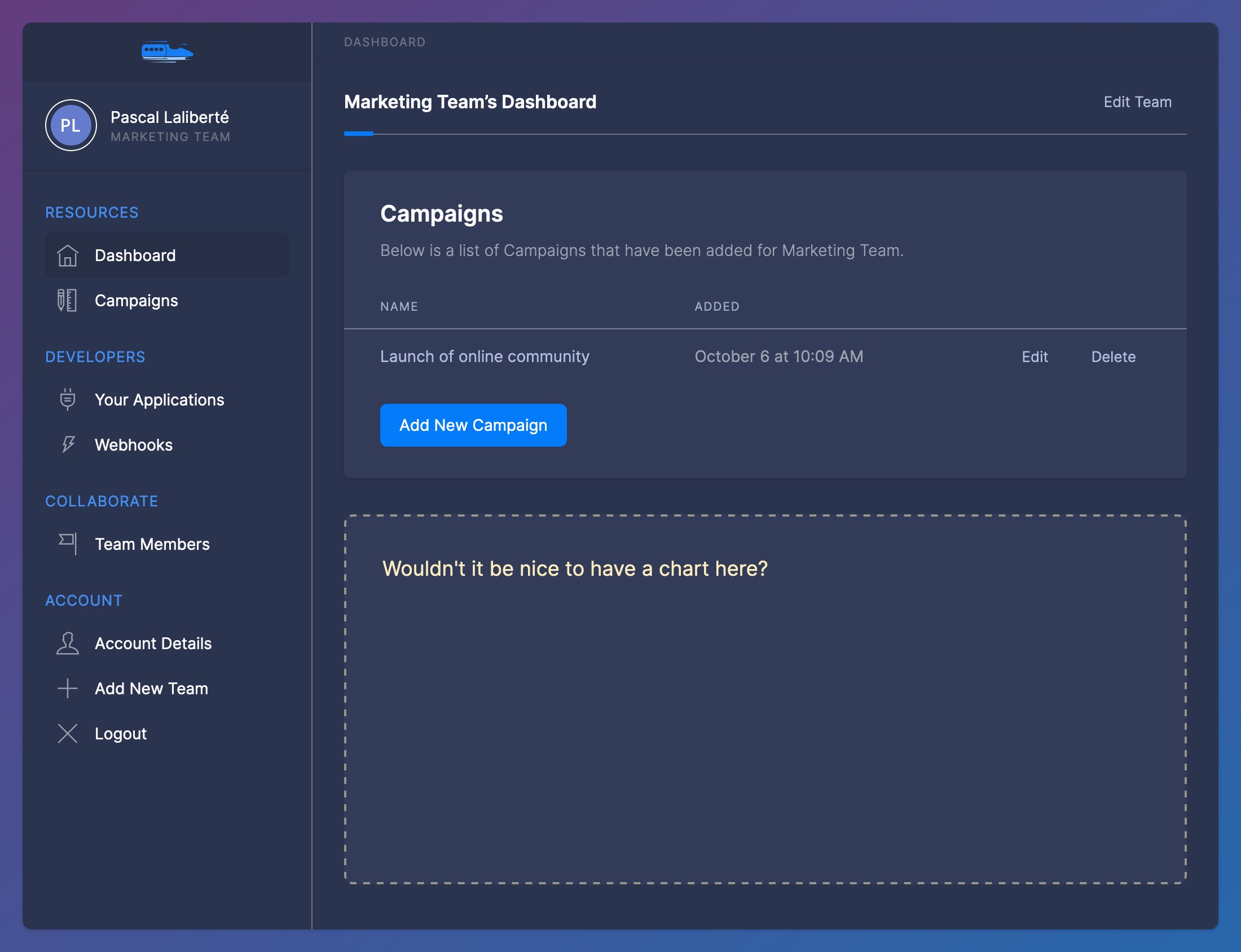 And then running this super-scaffold command in the terminal:

And having a chart of “Click Throughs Per Day” appear in your app. Plop! 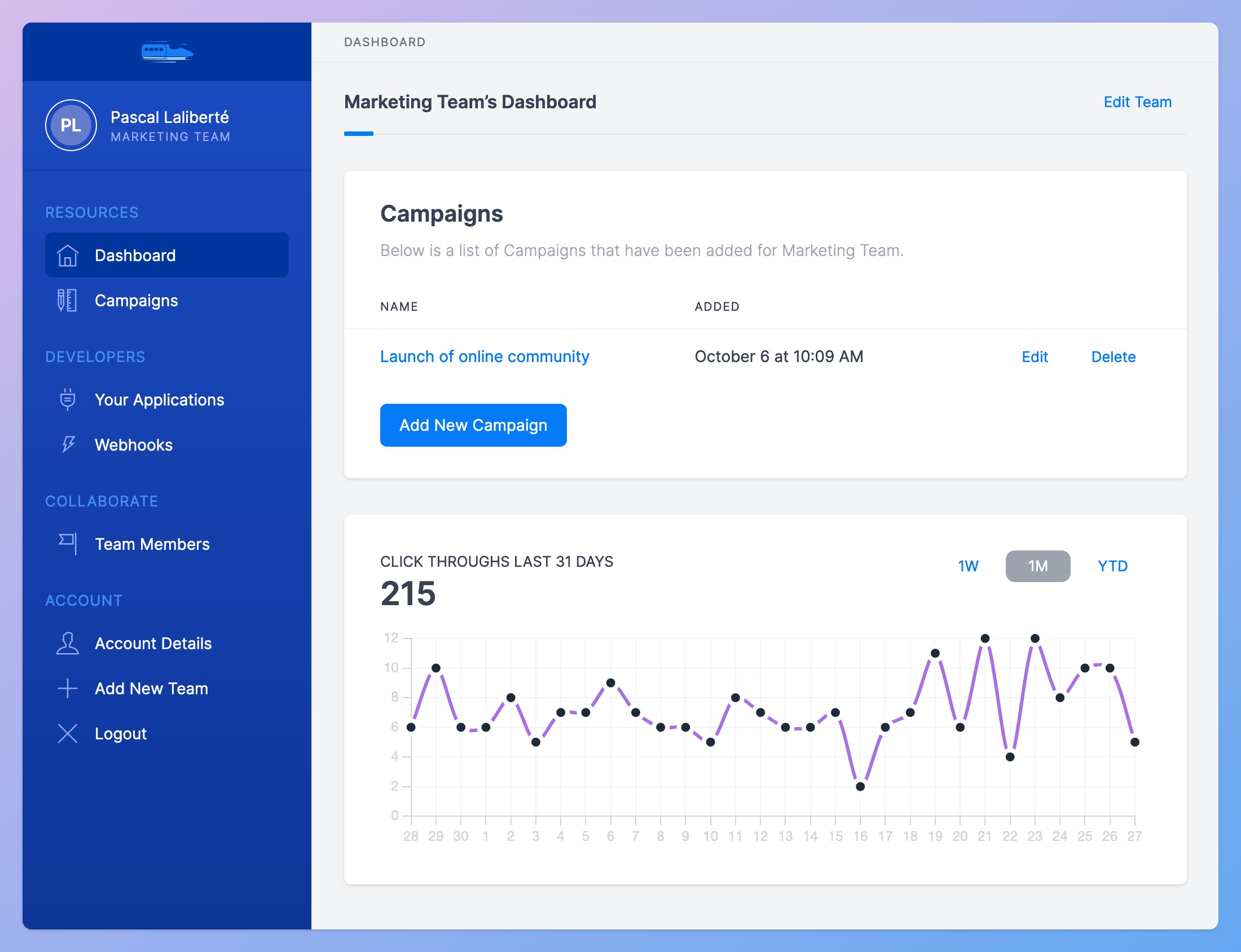 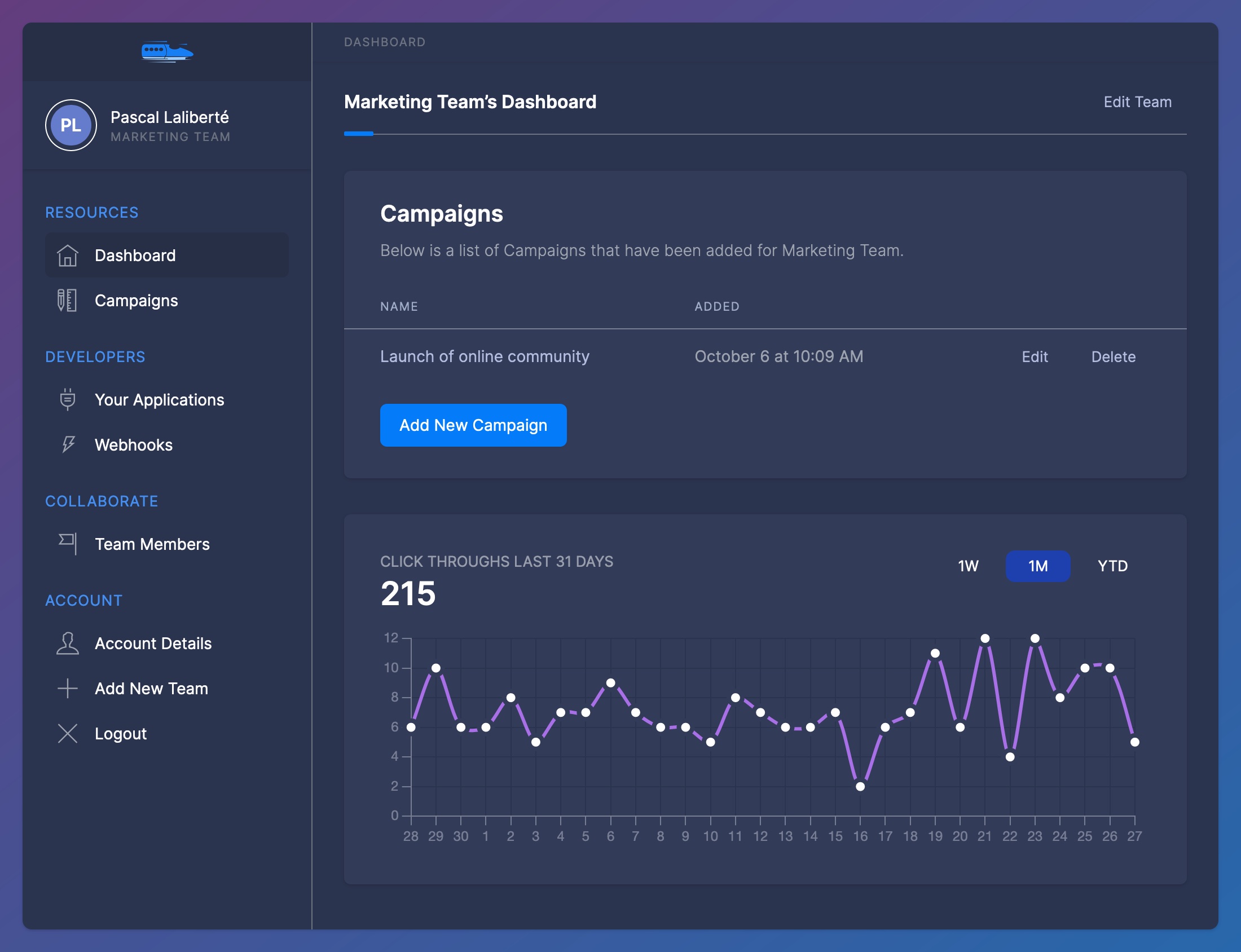 The same way you super-scaffold a resource.

Because you’re too busy to learn the chart part.

That super-scaffold command comes from Bullet Train, the Ruby on Rails starter kit, and it has some smarts:

Bullet Train is a Ruby on Rails starter kit by Andrew Culver.

Check it out if:

Supercharts is a third-party Bullet Train plugin that uses that same super-scaffolding approach under the hood.

What’s great is that it builds on Bullet Train’s solid foundation:

“Okay, take me to the project on GitHub”. There you will find installation instructions, a full example on how to use Supercharts, and a list of ways to modify the chart.

Click Throughs per day is the default. But let’s see a few other examples:

For more of the under the hood smarts, see the groupdate gem by Andrew Kane, which powers Supercharts.

A pretty chart, without learning what makes a chart pretty

I’ve made Supercharts for those of you who want a pretty chart but are too busy with other stuff to get into the headspace of learning how a chart is put together.

It’s omakase. “I leave the choices up to you”.

For you, the hard part is the chart part?

Alongside Supercharts, I offer my services over at customcharts.dev. Useful if you’ve got a big project going but your team is too small for the charting expertise.

Also useful if there’s a custom chart you need that’s different from Supercharts.

Supercharts has one free chart for now, maybe more PRO charts in the future?

I’m thinking there might be some new charts and some nice extras I can bundle into a PRO tier. We’ll see?

If you want to stay in the loop, here’s an announcements-only email list. On sign up, I’ll ask you if there’s a particular chart you’d like to see developed, but otherwise, I’ll only send you emails on new developments.

One last thing…
A Bullet Train theme made for Supercharts

Transmission is a new theme for Bullet Train that’s made for Supercharts. It’s now in pre-order, and it’s going to be available in the first months of 2023.